Small fiber neuropathies (SFN) affect the small, unmyelinated and single-myelinated nerve fibers in the sensory nerves. These fibers convey pain and temperature sensations from the skin, as well as maintain autonomic functions 1. The classification of the peripheral nerve fibers is depicted in Figure 1. 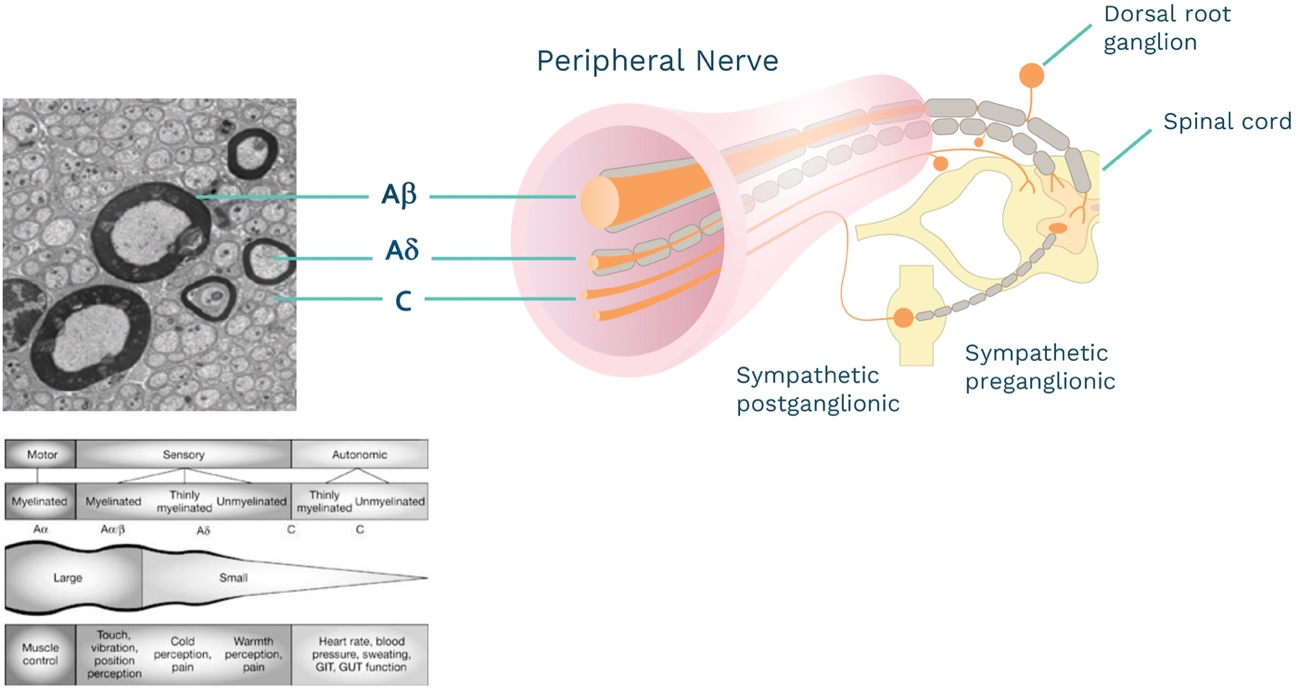 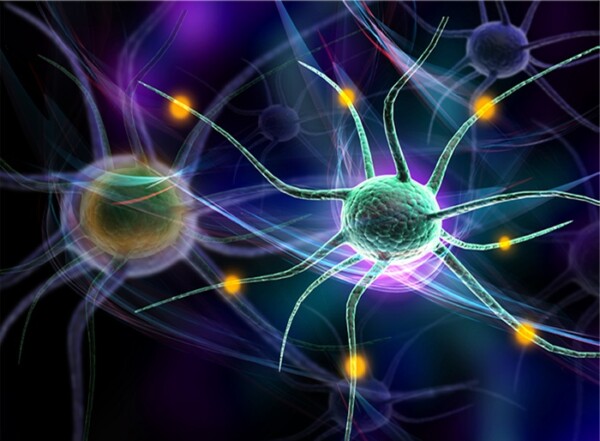 The diagnosis of small fiber neuropathy can easily be missed, as the neurological examination may reveal only minor sensory abnormalities. In addition, electromyography (EMG) and nerve conduction studies that measure the large fibers are frequently normal. Consequently, some patients with small fiber neuropathy are misdiagnosed as having a psychosomatic disorder, reflex sympathetic dystrophy syndrome (RSD), fibromyalgia, or restless leg syndrome instead.2

Symptoms of small fiber neuropathy include numbness and annoying or painful spontaneous sensations called paresthesias. These sensations are variably described as tingling, stinging, burning, freezing, itching, aching, pulling, squeezing, or electric shock-like in character. Innocuous stimuli can provoke unpleasant sensations called dysesthesias, where clothes feel like sandpaper against the skin, the hands are hypersensitive to touch, and pressure from shoes or socks causes severe pain. These symptoms can occur anywhere in the body, including the arms, legs, torso, face, or even the mouth.3

Small fiber neuropathy can result from a number of causes and the neuropathy is often the first manifestation of an underlying systemic disease. It can be caused by diabetes mellitus or glucose intolerance4 and by autoimmune conditions such as Sjogren’s syndrome5, Lupus6, sarcoid7, vasculitis8, inflammatory bowel disease9, or variants of Guillain-Barre syndrome.10 Other causes include nutritional deficiencies, celiac disease11, Lyme disease, HIV-1 infection12, hereditary disease13, amyloid, alcohol abuse14, or toxins.15 Some sensory neuropathies that affect both the small and large nerve fibers can cause a reduction in epidermal nerve fiber density, before electrodiagnostic abnormalities.

200,000 People in the US Suffer from Small Fiber Neuropathy 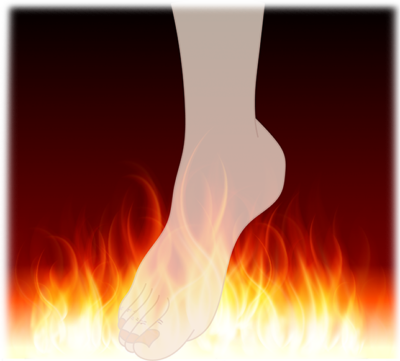